It’s just past Labor Day Weekend, and I find that as the official end to summer, it’s a bit like New Year’s Eve during which we not only celebrate but look back and evaluate what’s brought us to this point.

In looking back over my summer one of the highlights was presenting a workshop on Little Golf TRAIN™ at the World Scientific Congress of Golf. For those of you not familiar with WSCG, it meets every other year, bouncing back and forth between St. Andrews, Scotland, where we were this year, and Phoenix, AZ. Their mission it “to advance the scientific knowledge of golf and enhance the game through the application of that knowledge.” Check it out – http://www.golfscience.org

As I attended the keynotes, oral presentations and tutorials I couldn’t help but notice how much of what is new and exciting in the world of science and golf applies and confirms what we are all about at Little Golf TRAIN™.

Here are some highlights:

GENE PARENTE, President of Golf Laboratories Inc., the premier independent testing company in the golf industry, delivered a keynote address on “The Transformation of Golf Robotics from R & D to Teaching and Fitting”.

What’s New According to Gene Parente: Aside from the mesmerizing statistics Parente presented, I was most struck at how his robot has become increasingly “humanized”. LDRICK, yes the robot has a name, made a hole-in-one at the Waste Management Open this year in Phoenix. To me, even more fascinating than the robot’s ability to do that was the crowd’s reaction – cheering, showering each other in beer, acting just as they do when it’s a human. Parents also revealed how Rory McIlroy when competing against LDRICK, after a while, also started treating the robot as a human.

My Take Away: As teachers of very young children we have to make sure to give our little ones as much authentic human interaction as possible. That means no screens, no distractions, charismatic listening and responding to your little ones’ concerns – putting them in charge of the conversation. Maybe then when they grow up, they’ll be able to tell the difference between a human and a robot 🙂

What’s New According to Matte Goode: So apparently we’re living in an Anthropocene, our current geological age (Made an official geological subdivision only in 2008), which is viewed as the period during which human activity has been the dominant influence on climate and the environment. Goode stated that we must look for creative ways to preserve our environment – and while we’re at it – preserve the game of golf also.

My Take Away: Goode pointed out that golf in urban areas can provide city dwellers an opportunity to observe wildlife in their natural setting. Golf needn’t, shouldn’t, only be in beautiful, pastoral settings. Similarly, Little Golf TRAIN™ doesn’t need a golf course; it can be taught on a small patch of ground, a field, or even a large classroom. Little Golf TRAIN™ gives children time to observe animals in their natural settings when on a golf course. Environments that are healthy for wildlife will most likely be healthy for our children as well. We take care to make certain pesticides and other chemicals aren’t used on the places where Little Golf TRAIN™ is conducted. 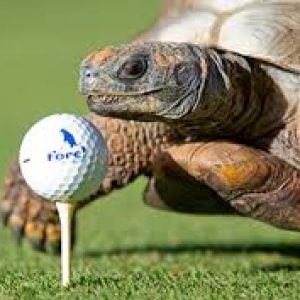 ANDREA FRADKIN delivered a paper that asked, “Does Warming-Up Reduce the Risk of Injury to Golfers?”. She tested 267 golfers and the answer was…. Yes.

What’s New According to Andrea Fradkin: Although this is common sense, there are very few long-term studies that investigate the protective effect of warming up, and interestingly, no published studies in golf.

My Take Away: Every class in Little Golf TRAIN™ begins with warm up. What looks like fun is scientifically proven to be beneficial. Without realizing it our littlest golfers are learning what will hopefully be a lifelong habit of warming up first. Fradkin states there are three components that should be present in a warm up: some aerobic exercise, some sport-specific stretching and some specific activity. Take a look, you’ll find them in our curricula. 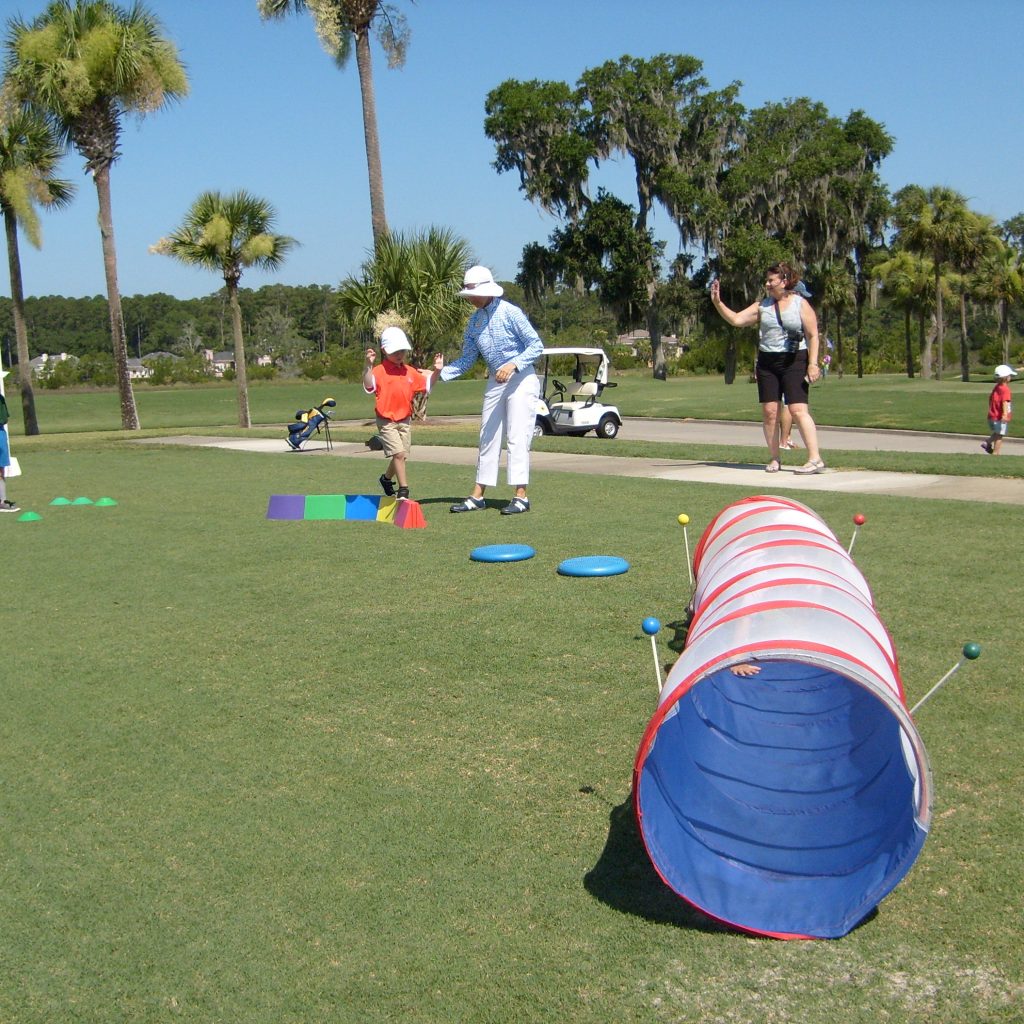 To be continued in Part 2, including my presentation that I made along with Certified Conductor Connie Capanegra of The First Tee in FL.